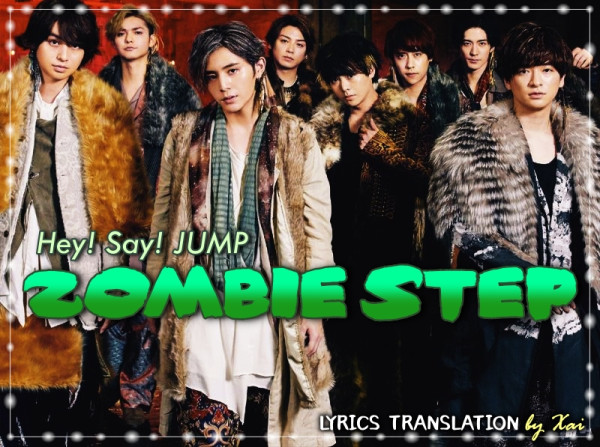 It's another night party!
I think the word zombie here is used as a metaphor for being free (in the dance floor) as in having no particular steps or guide―just being yourself. Although there are so many sound effects in reference to the literal zombies which made me want to play that infamous game, the lyrics is more like the person luring someone to have fun in this party.

By the way, I also don't know who Big Brother Wolf (Ookami no onii-san) is so don't ask, but I'm guessing he's the one from Kemono to Bara? 😆😆 Take note though that because the lyrics says "to get a drink" there's a possibilty that okami here could also mean the proprietress of wherever this party is being held, but under that context this word is often written in kana (with only one "o"). In the original lyrics however, it is written in kanji so it seemed, deliberately, should mean "wolf" in this song. Also, the onii-san gave it away (for me). Correction/suggestion here is welcome!

DO NOT RE-TRANSLATE!
DO NOT MODIFY THE TRANSLATION AND CLAIM AS YOURS!
CREDIT WITH LINK TO THIS POST WHEN USING ELSEWHERE!
Collapse