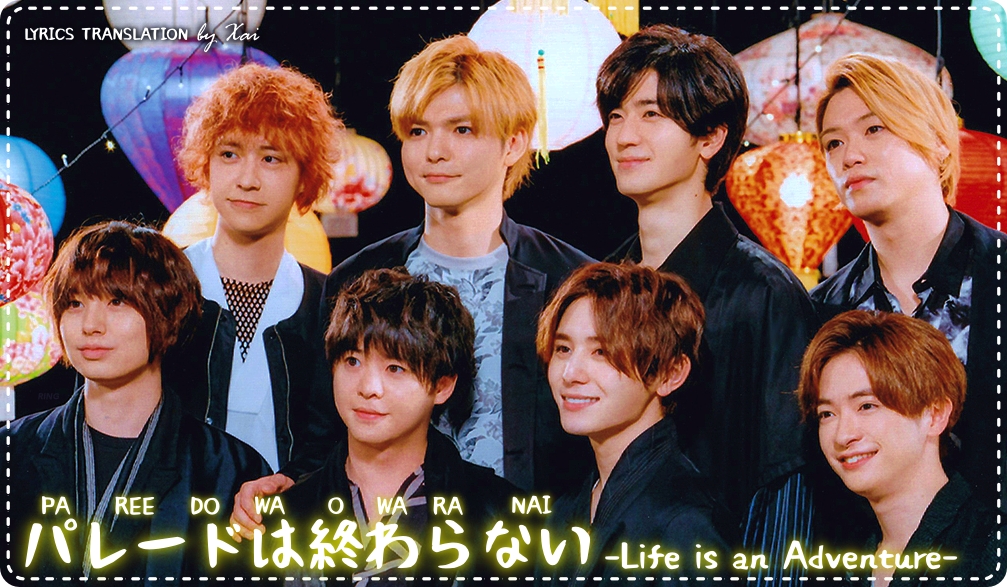 Konnichiwa! Here's my last translation for JUMP-kun's PARADE album! (Not counting included Singles in the album).

I also included the translation for the short conversation in between the bridge of the song and is color-coded according to members' image color so you know who's talking. Please note though that it isn't included in the official lyrics and was only kindly transcribed by Japanese Tobikkos.

パレードは終わらない ‐Life is an Adventure‐

DO NOT RE-TRANSLATE!
DO NOT MODIFY THE TRANSLATION AND CLAIM AS YOURS!
CREDIT WITH LINK TO THIS POST WHEN USING ELSEWHERE!
Collapse